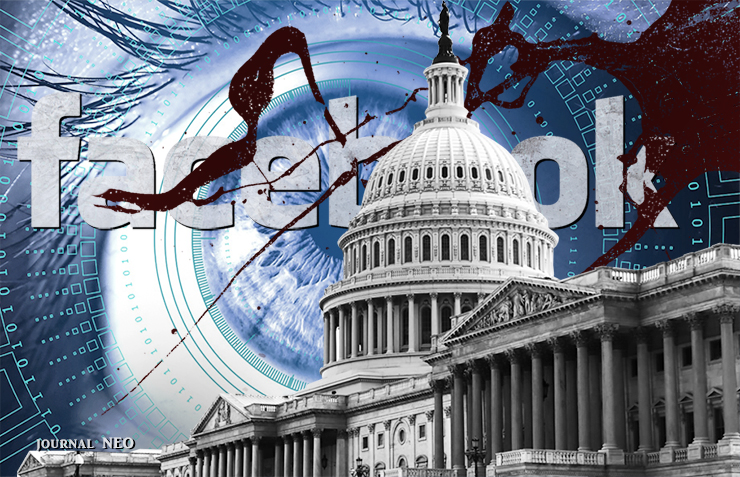 Facebook Is Teetering at the Top of the Beanstalk [Phil Butler – New Eastern Outlook, 05.31.2018]

Facebook and other social media were supposed to foster community and give a voice to the greater masses. This was the appeal of social media in the first place. In case Mark Zuckerberg or Twitter’s Jack Dorsey forgot – we made you, and we can break you. The recent move by Facebook to censor ads on a whim should beckon entrepreneurs to create a totally agnostic platform outside the U.S. domain.

I started my writing career providing web content for entrepreneurs engaged in online commerce. As my expertise and writing improved, I came to be considered one of the best technology analysts in the world. By the time Web 2.0 rolled in, the landscape of media began changing on a daily basis. And within this atmosphere of paradigm change, people like me not only tested all the startup innovations, we became the lead evangelists that informed the general public of new technological developments. Tech blogs and traditional tech magazines were at the forefront of Silicon Valley’s “Jack and the Beanstalk” emergence, far ahead of media like The New York Times and the Wall Street Journal. And in public relations and marketing, me and my associates even helped transform the world’s biggest PR firms. Companies like Edelman, Waggener Edstrom, and especially Margery Kraus’ political dynamo APCO were operating at pigeon speed until digital gurus like me spurred them. This is no brag, but a fact I can prove. Fast forward to today, and a time when everything is an advertisement, and when the giants we created trample our expectations and illusions.

This morning I went to Facebook as I do every morning. An opinion piece I wrote yesterday was on my mind. I really wanted to inform more people of a theory of mine, and of new evidence, I’d discovered about U.S. policy. This “evidence” was really important, the kind of stuff that helps normal people make heads or tails of the constant propaganda machine western media has become. The piece was a moderation, a dissenting view as so many of today’s independent media stories are. Unfortunately, today was not like previous days. Facebook’s new policies about so-called “political ads” came into force. Instead of being able to create a targeted advertisement for my work, I received an ad block from Facebook telling me my page had not been authorized for political ads. To understand more about Facebook’s new policy, I suggest you read this report on The Verge, which discusses how “all” ads can be classified as unacceptable if Facebook deems it necessary. As for my own situation, the Facebook blockage destroys my capability to reach a wider audience. And destroying the “voices” that do not agree with the mainstream narrative is what the whole anti-Russia mess is really about. Censorship, silencing dissent, and Facebook’s most recent policy change is a greater danger to humanity than any atomic bomb.

My particular situation provides a perfect example of how moderation and critical thinking are being mutated into a prejudiced atmosphere intolerant to the extreme. I am a United States citizen living abroad, a writer shunned by most western media outlets because of my dissenting views. Many of my colleagues are in the same boat, their columns or blogs dropped on account of our reports running contrary to the corporate and political narrative. Like me, many geopolitical analysts have survived by being dependent on vehicles like Facebook, and via a kind of counterculture community of journalism. But Facebook just stopped all that. As of today, U.S. citizen or not, if you try to create an ad to increase the reach of my reports, I cannot. I’m censored along with thousands of my colleagues. And even if my fellow Americans back home truly “need” to know what I have to say, chances are they will never learn anything other than what Facebook’s “handlers” decide.

To make matters even worse, Facebook’s move to control advertising only helps traditional media. But you might ask, how so? Well, the key is in the word “traditional,” and a kind of digression back to the way news/propaganda once was. Even though you read of media advertisers screaming at Facebook for the political ad controls, these companies only stand to win from the policy. In short, their feigned outrage is a PR move. In my opinion, Facebook is doing the NSA’s work by squashing any counter-narrative from outside the U.S. media bubble. So for those inside the iron dome of Washington propaganda, you won’t be seeing the end of the world in the ad section of your Facebook page. Pretty soon CNN will be your only source for breaking news on how Trump invaded Syria. And, if it’s decided you don’t need to know that… Then what?

The mistake Facebook has made is in infringing on the rights of American citizens who have grown dependent on Facebook political or international news distribution by virtue of their expertise. Facebook made a mistake by pigeonholing loyal political and international news people like me. The outlets outside the U.S. that I write for do not dictate what I analyze or write about. And I have proof of this too. These outlets are just “platforms” for an American analyst to express an opinion or to relate factual news which would otherwise go unnoticed in American media. It’s chosen field of endeavor, even though I am retired now, doing these analyses. Imagine me trying to promote my next book about Vladimir Putin! If I were a Russian or Chinese, then maybe Facebook’s brilliant move would have zero problems. As of now, all that needs to happen is for a single politically charged ad to appear on Facebook, or for Facebook to let a single U.S. citizen outside America have rights to boost a policy post like any of mine.

But, I have a better solution than a class action lawsuit against Facebook (any ambulance chasers watching out there). Let’s just kill the giant like good old Jack did! I know Elon Musk is pissed at the media now. It’s all over Twitter. How about Elon? Can’t you come up with half a billion from investors to create the true agnostic social platform? I promise to become your lead evangelist and most dedicated political ad buyer. Like I said, I have a book coming out soon. Facebook needs the beanstalk chopped out from under it. It’s been a long time coming.

Phil Butler, is a policy investigator and analyst, a political scientist and expert on Eastern Europe, he’s an author of the recent bestseller “Putin’s Praetorians” and other books. He writes exclusively for the online magazine “New Eastern Outlook.”