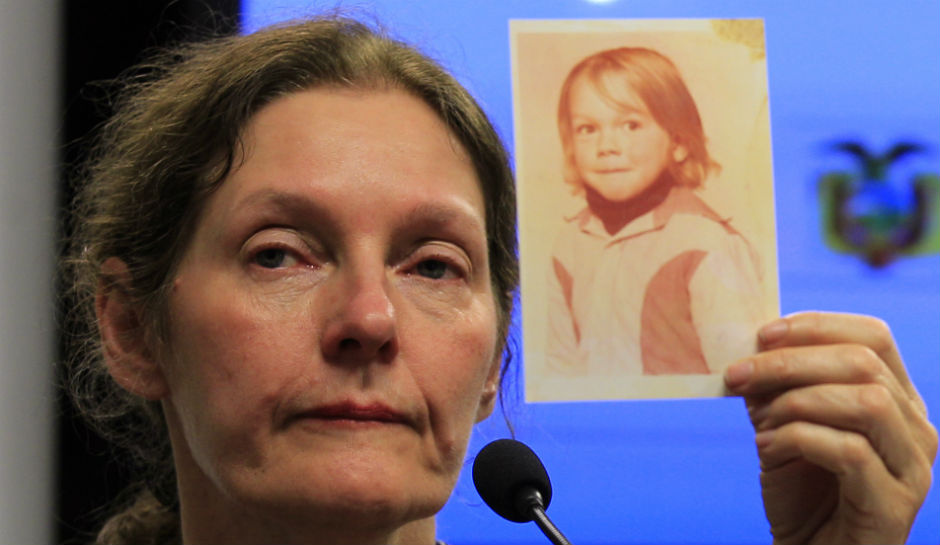 A Mother’s Plea to Save Her Son… Julian Assange, Held 8 Years Without Charge by the UK Government [Mairead Maguirre – Global Research, 11.09.2018]

On 4th November, 2018, Christine Assange, mother of Julian Assange, made a deeply moving video public  appeal to  save the life of her son Julian.

Julian Assange is Editor in Chief of Wikileaks. Because of Wikileaks reporting of acts during US/NATO’s illegal wars against Afghanistan, Iraq, etc., and the highlighting of corruption by USA/CIA and Corporate powers, and continuing his fight in disclosing the links between the private corporations and government agencies, Julian Assange has been threatened by high profile USA citizens, and a Grand Jury has been set up in America to try Julian Assange and Wikileaks, for their publications.  For this he is being persecuted and deprived of his right to liberty, basic human rights etc., Six years ago Julian Assange, aware of these extradition plans of America, sought asylum in the Ecuadorian Embassy, in London, where he remains.  Julian Assange is now six years within the Ecuadorian Embassy, and has now been detained WITHOUT CHARGES for eight years.

In her appeal for her sons life, Christine Assange says he is in immediate critical danger.  He is now all alone, sick, cut off from all contacts including computer phone mail  and being persecuted in the heart of London. Ms. Assange says‚

‘for the past six years the UK Gov. has refused his request for basic health care, fresh air, sunshine for vitamin D, access to proper medical and dental care. As a result his health has seriously deteriorated.  Doctors  have said the detention conditions are life threatening. In 2016 after in-depth investigations the UN ruled that Julians legal and human rights had been violated on multiple occasions and that he has been illegally detained in 2010 and they ordered his immediate release, safe passage and compensation. The UK Gov has refused to abide by this UN decision’.

When US Vice President Mike Pence visited Ecuador several months ago, behind scenes, Ecuador done a deal with US to have Julian Assange extradited for life to USA prison. Ecuador are trying to make this acceptable by saying that the US has agreed not to kill him. Now its a propaganda war with the US and UK to reduce his support enough to get away with  it politically. The UK/US extradition act means he could be held in Guantanamo Prison and face torture, 45 years indefinite detention and/or death penalty.

Currently there is a court case in Ecuador fighting the threats to violate his asylum given by the previous President of Ecuador.   There are strict protocol set down by the Ecuadorian Embassy regarding visitors and to date Julian has not managed to have visitors for many months now.

The Ecuadorian Embassy has admitted formal restrictions on Julian Assange  and he is gagged from saying anything about politics, foreign policy human rights abuses, in fact anything critical about any country in the world.

This is political persecution of Julian Assange by high level people and it is punishment for exposing high level corruption when he was editor of Wikileaks.

Christine Assange has appealed to save her sons life, and her appeal deserves an immediate response by us all and the Parties responsible. Mr. Assange is not asking for special treatment, he simply insists that the UK applies standard laws and procedures to him. The United Nations Working Group on Arbitrary Detention’s opinion confirmed Mr. Assange’s right to liberty and right to protection. A text between Ecuador and the United Kingdom guaranteeing Assange  would not be extradited to the USA, would provide an immediate resolution to the continued illegal and arbitrary detention of Mr. Assange.

Mr. Assange is an Australian Citizen and the Australian Government have a moral and legal responsibility to renew his passport and facilitate his  safe return to  his own country, should he wish to do so. Julian Assange deserves all our admiration and gratitude for his courage and bravery in truth-telling. He is an inspiration to us all, together with his colleagues at Wikileaks, who are paying a high price for informing the public and upholding our right to know when Governments’ violate human rights and international laws.