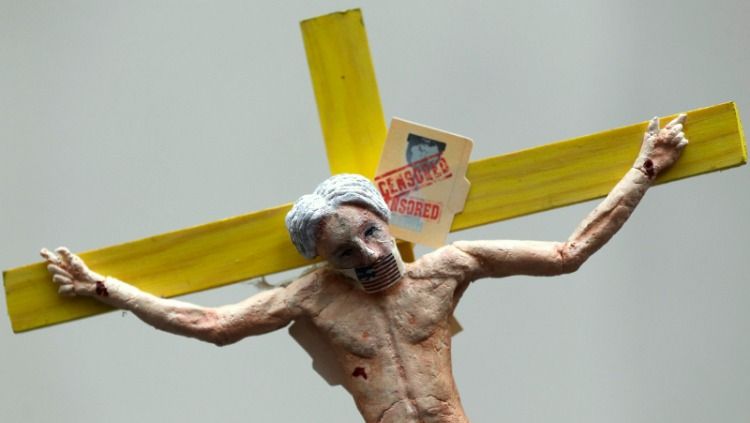 Interesting how on the week before Easter, around Palm Sunday to be exact, they came in and forcefully arrested Julian Assange. Some short time before that the US government once again arrested Chelsea Manning. She was told to ‘ fess up’ and implicate Assange in her release of some ( so called ) secret transmissions that threatened ‘ National Security’. Let me see. You mean like Manning’s release in 2007 of the 39 minute video of US military personnel playing a real life video game with their massacre of a group of unarmed and unthreatening Iraqi civilians ( including two Reuters newsmen) from their ‘ killer ‘ Apache Helicopter ? She gave the film to Assange’s Wikileaks and soon after the whole planet could see how criminally insane and immoral our occupation of Iraq was. Folks, that was the gist of the rest of this Sad Black Comedy that Manning, Assange and even Snowden have been made players in. This writer never has enjoyed ‘ Black Comedies’ in film, and now I know why: They never are, to me, very amusing!

One surmises that our high schools and even colleges do not stress enough, in whatever type course this falls under, of both the need and service to justice of Whistle blowing. Imagine if whistleblowers were able to release to the public ( and world ) the fact that the Gulf of Tonkin incident was created by our government, and had absolutely nothing to do with the North Vietnamese? Just perhaps , maybe, just maybe, that might have pushed back the agenda of the empire’s war makers. Now, imagine this for a moment: If whistleblowers like Scott Ritter, former UN weapons inspector, and his boss Hans Blix, who actually told everyone who would listen that they could not find, or think there were, WMDs held by Iraq in 2002… the invasion of that country may never had occurred. Factor all this with the slew of facts that were out there for public record which were overlooked by an embedded US and UK media. Why? Well, like with Groucho Marx in the film Duck Soup , when he takes an innocent slight by an adversarial nation’s minister to shout ” This means War!”  The Bush /Cheney cabal did just that in , as Chomsky and Herman explain the process in their 1988 book Manufacturing Consent. With a mostly compliant media ( excepting the Mcclatchy newspapers) those gangsters took out another gangster and set off a chain of evil that still exists today in the Middle East. If only Wikileaks was vibrant then!

Here’s the ‘skinny’ on all this: Too many of our wonderful friends and neighbors, people mostly of good conscience, have lost their moral compass.  We know how ‘dumbed down’ our nation has become over time. Sadly, many good folks still believe the ‘ fairy tales ‘ that are presented to them by what is called news , from both the electronic and print media. This is how the aforementioned LBJ and Bush/Cheney cabals sold us twice on phony wars. Of course, we can shoot back to the whole Iran Contra scandal, the  Noriega /Panama mess, and the ‘ made for TV’ Granada one day war. Once again, we did have whistle blowers like the late Robert Parry and late Gary Webb during those times, but to have a Wikileaks, with the capability to transmit ‘ evil sins and plans of sins’ through the ethers at speed of light, those behind such actions may ( and should have ) been held accountable.

When people stop questioning authority, authority wins… many times for bad and not good. This Easter season we all should remember that without whistle blowers and men and women of justice, we regress back to the jungle of ignorance and greed. Did not Jesus of Nazareth speak out for truth and fairness? They crucified him NOT for wishing to take over, rather for pointing out the flaws of society and of his own religion at that time. Did not Chelsea Manning , Julian Assange and Eric Snowden do the same? To sit back and forget the essential good of those three and do and say nothing reminds one of the old Easter Sunday joke:

On Easter morning Mary Magdalene goes to the room where the 11 remaining apostles are hiding. ” Fellows, I have good news and bad news for you. The good news is that the master has resurrected like he said he would. The bad news is he wants to know what happened to you guys.”

Philip A Farruggio is the contributing editor for The Greanville Post. He is also frequently posted on Global Research, Nation of Change, World News Trust and Off Guardian sites. Since the 2000 election debacle Philip has written over 300 columns on the Military Industrial Empire and other facets of life in an upside down America. He is also host of the ‘It’s the Empire… Stupid’ radio show, co produced by Chuck Gregory. Philip can be reached at paf1222@bellsouth.net.