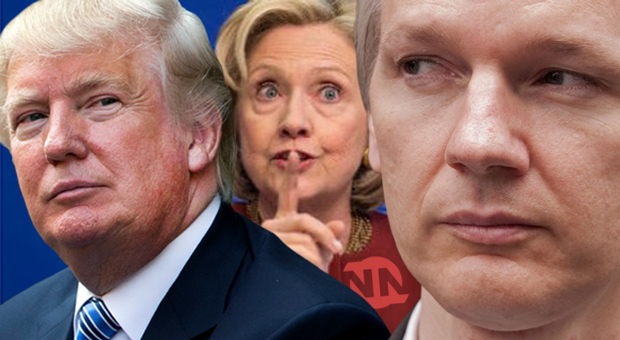 The Conspiracy to Remove Trump from the Presidency [Paul Craig Roberts, 07.24.2017]

US intelligence services, the Democratic Party, some Republicans including members of President Trump’s own government, and the presstitute US media are conspiring against American democracy and the President of the United States.

We know this from a public letter to Trump published today, July 24, 2017, on consortiumnews.com by Veteran Intelligence Professionals for Sanity. See: https://consortiumnews.com/2017/07/24/intel-vets-challenge-russia-hack-evidence/

Unlike the CIA, NSA, and FBI, the veteran intelligence professionals performed forensic investigations. They found conclusive evidence that the alleged “Guccifer 2.0” July 5, 2016 intrusion into the DNC server [these are the emails that show the DNC working for Hillary against Sanders] was not hacked but leaked. The leaked documents were copied onto an external storage device and doctored with a cut-and-paste job to implicate Russia as having hacked the documents.

In other words, the alleged hack was instead a copy from the inside that was subsequently doctored to reflect Russian origin. The veteran intelligence professionals surmise that this was done in order to focus attention away from the embarrassing content of the emails, placing attention instead on “Russian interference in the US presidential election.”

As I see it, the success of this false and orchestrated story of Russian hacking, for which not a scrap of evidence exists, revealed to the military/security complex the opportunity to remove Trump and thus protect the oversized budget and power of the military/security complex that is threatened by Trump’s intention to normalize relations with Russia. It revealed to the Hillary forces the opportunity to vindicate themselves with the argument that Russia stole the election for Trump. It revealed to Israel the opportunity to put an end to Trump’s withdrawal of US interference in the Middle East, thus enabling Israel to continue to use the US military to clear away obstacles to Israeli expansion. It provided the presstitutes, who hate Trump and “the deplorables” who elected him, with a headline story for months and months to be followed in their expectations with the story of Trump’s removal from the presidency.

The retired intelligence professionals are too circumspect to tell President Trump outright that a conspiracy is underway to remove him from office whether by impeachment or assassination by a right-wing “lone nut” enraged at the traitorous president, but this does seem to be the message between the lines. As I have provided the link to the letter, you can read it and come to your own conclusion.